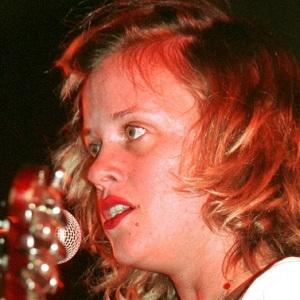 Singer and guitarist most famous as the frontwoman of the Minneapolis-based punk band Babes in Toyland. She is also known for her early collaborations with future Hole singer Courtney Love, including the bands Sugar Babydoll and The Pagan Babies.

She grew up in Woodburn, Oregon and was a cheerleader at Woodburn High School.

She received treatment for schizophrenic episodes in the 2000's.

She had a son named Henry with her second husband in 1999.

She formed The Pagan Babies with Courtney Love and L7 bassist Jennifer Finch.

Kat Bjelland Is A Member Of