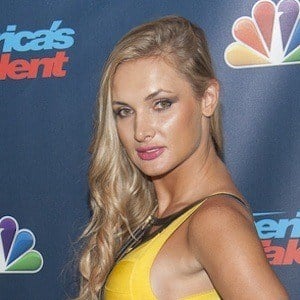 Instagram star and model who is known for her appearances in a variety of magazines as well as for commercial and advertisement projects. She is also the owner and creator of the online web store droscouture.com.

She first began posting to Instagram in November of 2014. After receiving coverage in magazines such as Sports Illustrated, she continued to grow in popularity. She eventually started the online web store to fulfill the requests of people seeking her clothing and styles on Instagram.

She can be seen attending a variety of premieres, galas, and events around the country including in New York, Paris, and England.

She has posted videos to her Instagram of Conor Maynard.

Kate Dros Is A Member Of