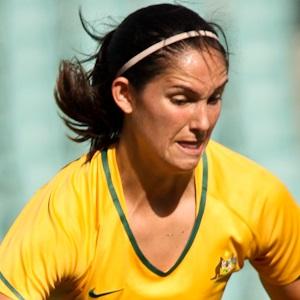 Striker known for her finishing abilities; debuted for the Australian national team in 2005 and signed with Perth Glory in 2009.

She was part of the Australian club that won the AFC Women's Asian Cup in 2010.

She was born in Auckland, New Zealand but moved to New South Wales, Australia when she was young.

She played alongside forward Sarah Walsh on the Australian women's national team.

Kate Gill Is A Member Of