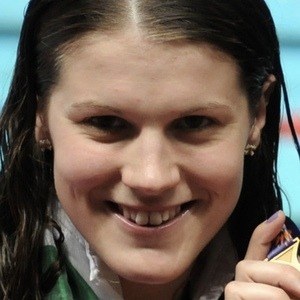 British retired swimmer who won gold at the 4x100 meter medley at the 2008 and 2010 LEN European Aquatics Championships. She was named BBC Young Sports Personality of the Year in 2003.

In 2002, she became the youngest swimmer ever to represent England at the Commonwealth Games.

She founded her own personal training company called Straightline Fitness following her retirement from competitive swimming.

She and Sweden's Therese Alshammar are both multiple-time European Champions in women's 4×100 meter medley relay.

Kate Haywood Is A Member Of