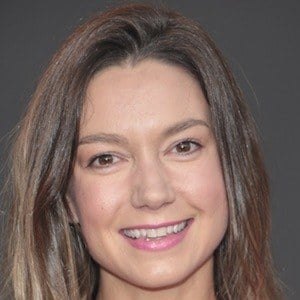 English actress and musician who gained recognition for her role as Mary Lennox in the popular film The Secret Garden.

She was an avid county champion swimmer and tennis player until the age of 16.

She graduated with a degree in piano and cello performance.

She has four siblings. Her sister Polly is also an actress.

She starred alongside Johnny Depp in the 2004 film Finding Neverland.

Kate Maberly Is A Member Of