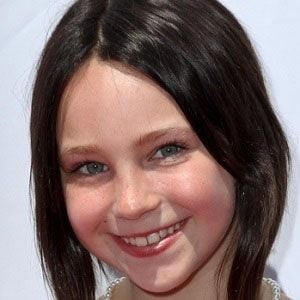 Notable for her role as Rachel Stonelake on the Hallmark Channel series When Calls the Heart, as well as for her portrayal of Young Thalia Grace in the 2013 Percy Jackson film Sea of Monsters, she also appeared in episodes of Plum Landing and Supernatural.

Her first film, the 2009 action feature Damage, was released when she was just eight years old.

She was cast in the starring role of Lavender in the 2012 comedy short When I Grow Up I Want to Be a Dinosaur.

She grew up in Vancouver, British Columbia, Canada.

She and Daniel Lissing were both in the cast of When Calls the Heart.

Katelyn Mager Is A Member Of