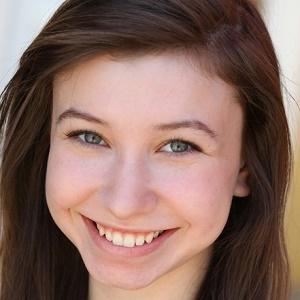 Actress who landed the role of Enid in the AMC television phenomenon The Walking Dead. She became a cast member during the back half of the 5th season of the acclaimed zombie show.

She trained as a dancer for years at Woodstock School of Ballet in Canton, GA where she performed in a rendition of The Nutcracker. She also attended The Acting Camp in Santa Barbara, CA.

She was featured in the Adult Swim television short Too Many Cooks.

She is originally from Georgia. She has a brother named Chris.

She developed a possible on-screen romance towards the end of season 5 of The Walking Dead with Carl, portrayed by Chandler Riggs.

Katelyn Nacon Is A Member Of