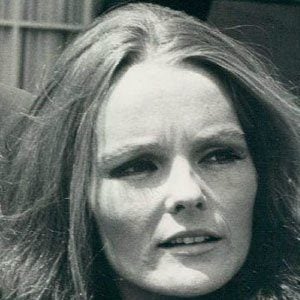 Actress who starred in the groundbreaking, interracial-dating-themed 1967 film Guess Who's Coming to Dinner.

She studied art and philosophy at Sarah Lawrence College in New York.

She starred in numerous Broadway and off-Broadway productions and also wrote and produced over ten original plays.

She married fellow actor and writer , in 1970. Her niece, (of Anne of Green Gables miniseries fame), also became an actress.

Her maternal aunt was the renowned actress Katharine Hepburn . Hepburn played Houghton's character's mother in Guess Who's Coming to Dinner.

Katharine Houghton Is A Member Of