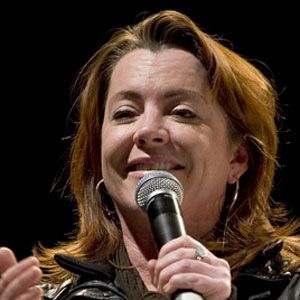 Stand up comedienne who has appeared in festivals all over the UK and Australia, as well as on TV's late night talk shows. She was a finalist on the second season of NBC's Last Comic Standing in 2004.

She was a standout athlete in high school, despite her short stature, and honed her comedy routines on open mic nights in the St. Louis area clubs.

She made two ISO tours, performing for American soldiers abroad, along with fellow comedian Lewis Black and musician Kellie Pickler.

She was one of seven children born to a large Irish family in Florissant, Missouri.

She appeared on the Tonight Show with Jay Leno more than a dozen times, and six more times on David Letterman's Late Show.

Kathleen Madigan Is A Member Of