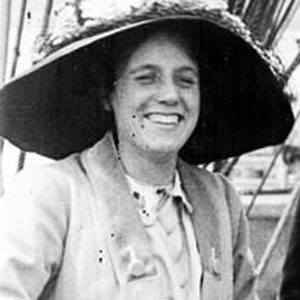 English sculptor whose work was put on exhibition at the National Portrait Gallery in London.

She was one of eleven children born to Jane Skene and Canon Lloyd Stuart Bruce, and she attended London's Slade School of Fine Art.

Her sculpture of Titanic captain Edward Smith was erected at Beacon Park in Lichfield, England.

She was married to Robert Falcon Scott, an explorer, with whom she had a son; after his death in Antarctica, she married politician Edward Hilton Young and gave birth to another son.

She met and befriended renowned sculptor Auguste Rodin during her time at Paris' Academie Colarossi.

Kathleen Scott Is A Member Of