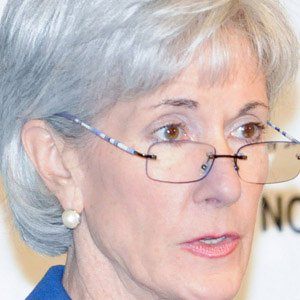 Politician and Democrat who was the governor of Kansas from 2003 to 2009. She was appointed Secretary of Health and Human Services by Barack Obama in 2009.

She was President of the Kansas Trial Lawyers Association for ten years starting from 1977.

Her father was the Governor of Ohio, making us the first father and daughter duos to be governors at the same time.

She was supported by Bob Dole for the post of Secretary of HHS.

Kathleen Sebelius Is A Member Of