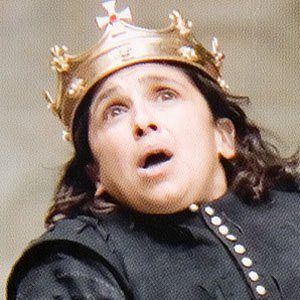 Known for portraying such male Shakespearean characters as King Lear and Richard III, this acclaimed stage actress also earned a 1991 Olivier Award for her role in an English stage production of the Friedrich Durrenmatt play The Visit.

After training at the Royal Academy of Dramatic Art (RADA), she appeared in a 1986 London production of Moliere's The Hypochondriac.

She held high-ranking artistic positions at both the Royal Shakespeare Company and the Royal Academy of Dramatic Art. She acted in the BBC's and HBO's Rome, playing the role of Charmian, and appeared as Arabella Figg in the fifth Harry Potter movie.

Though she was born in New York to Greek immigrants, she spent her childhood in the United Kingdom. Her husband, Marcello Magni, founded an English theater company called Complicite.

She played the role of Puck in Julie Taymor's New York production of Shakespeare's A Midsummer Night's Dream.

Kathryn Hunter Is A Member Of