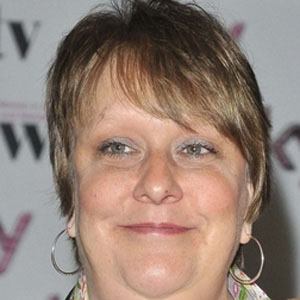 English actress who became known for her role as Perry in the film Kevin and Perry Go Large. She was cast as Mother Barnabas in the 2015 film Pan.

She studied at the Maria Fidelis RC Convent School when she was young and then began her acting studies at Anna Scher Theatre.

She was listed as one of the 50 funniest British actresses in a 2003 issue of The Observer.

Her mother, Bridget died of cancer when she was two years old. She has two older brothers, John and Barry.

Kathy Burke Is A Member Of