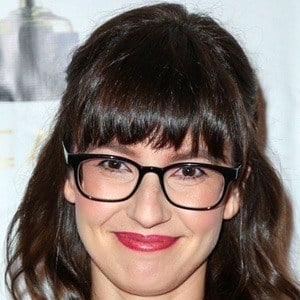 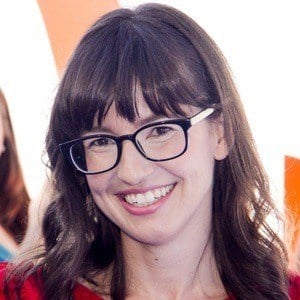 Canadian voice actress, comedienne and writer most famous for her voice acting on series like Clarence, American Dad and Total Drama. She has performed live at comedy festivals throughout North America, including South by Southwest, the Just For Laughs Festival and Montreal Sketch Festival.

She was born in Oakville, Ontario and performed as a member of the sketch comedy troupe Knock, Knock. (Who's There?) Comedy! in the early 2000's.

In 2004 she won the Tim Sims Encouragement Fund Award as a solo performer and was also nominated as part of Knock, Knock. (Who's There?) Comedy!, becoming the first person ever to be nominated for the award twice in the same year.

She has an older brother named Michael.

She began voicing characters on American Dad, created by Seth MacFarlane, in 2014.