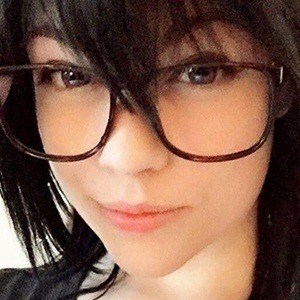 Freelance illustrator and game developer who is also a partnered Twitch streamer. She is popular for posting her colorful portraits and designs to her over 550,000 Instagram followers. Her work is often influenced by a variety of video games and other animated series.

She first began sharing her illustrations to her Instagram in April of 2015. Prior to that she frequently played World of Warcraft.

In addition to her Instagram she also runs a patreon page where she sells a variety of her art in addition to commissioned pieces.

Her first name is Katie and she was born and raised in Columbus, Ohio. She has two cats named Nyx and Nico.

Other illustrators who focus on game development include Daniel Doan, Hironobu Sakaguchi, and Michael Shaevitch.

Elentori Is A Member Of