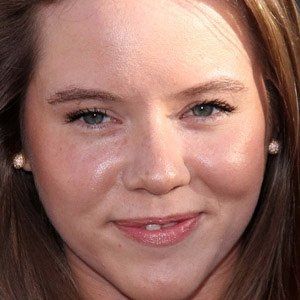 Actress best known for playing the role of Chlo Grainger on the drama Waterloo Road.

She attended Stage 84, a performing arts school in England.

She has appeared in several British television shows, including Casualty, Doctors, and Parado'.

She has been romantically linked with One Direction group member Liam Payne.

She starred in Waterloo Road with Lucien Laviscount.

Katie Griffiths Is A Member Of