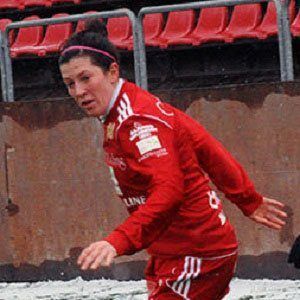 Defender who made her professional debut in 2010 with Kristianstads DFF, moving to F.C. Indiana in 2011 before signing with FC Kansas City in 2013. She began playing for Aland United in 2015.

Her parents are named Neil and Shelley.

Katie Kelly Is A Member Of