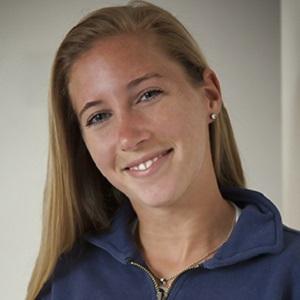 American women's field hockey player who became a three-time ACC Offensive Player of the Year at the University of Maryland. In 2010, she received the National Sportswomen of the Year award from the Women's Sports Foundation.

She played field hockey at Wissahickon High School in Ambler, Pennsylvania, where she

At age 16, she became the youngest player ever to be named to the United States national field hockey team.

She is the youngest of four children born to Bud and Kathy O'Donnell.

She and basketball player Lindsey Harding are both winners of the Mary Garber Award for ACC Female Athlete of the Year.

Katie O'Donnell Is A Member Of