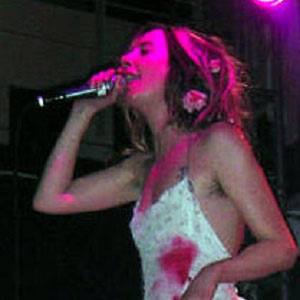 British singer and artist who originally rose to fame as the frontwoman of the noise rock band Daisy Chainsaw. Since leaving the group, she has reemerged with bands like Queen Adreena and has had her art displayed in venues like the Institute of Contemporary Arts.

She spent much of her childhood on a yacht with her parents before moving to London as a teenager.

She co-created the comic books Lesions in the Brain and Indigo Vertigo in collaboration with artist Daniel Schaffer.

She married Chris Wittingham, with whom she has children named Dylan and Dylan and Io Leilani. Her sister Melanie has played bass for Queen Adreena.

She and Daisy Chainsaw toured with Hole, led by frontwoman Courtney Love, in the early 90's.

KatieJane Garside Is A Member Of