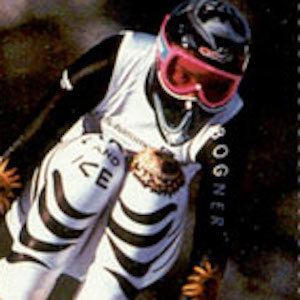 She first competed in the Olympics in 1992, taking a bronze in the Super G event.

She became the first athlete to win consecutive Olympic gold medals in the same alpine speed-skiing event by winning the Downhill race in 1994 and 1998.

She worked for her father's steel plant after retiring from competition.

She won gold at the 1998 Olympics where skater Tara Lipinski also took home the gold.

Katja Seizinger Is A Member Of