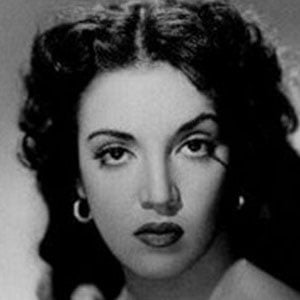 Notable for her Oscar-nominated role in the 1954 film Broken Lance, Jurado is also remembered for her appearances in more than seventy American Western and Mexican films of the 1940s, '50s, and '60s.

She made her cinematic debut in the 1943 Mexican film No Mataras. While rising to fame as an actress, she also worked as a journalist.

She appeared with Marlon Brando in the 1959 film One-Eyed Jacks.

Before ending in divorce, her marriage to Mexican entertainer Victor Velazquez produced a son named Victor Hugo and a daughter named Sandra. During the late 1950s and early 1960s, she was married to American actor Ernest Borgnine.

She and Gary Cooper were both in the cast of the 1952 film High Noon.

Katy Jurado Is A Member Of