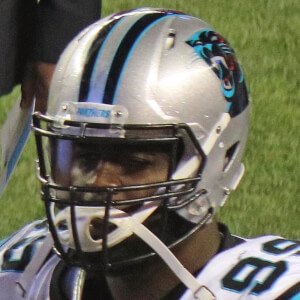 American football defensive tackle who was a second-round draft pick of the Carolina Panthers in 2011. He made his first Pro Bowl in 2015 after recording 55 tackles and 11 sacks.

While excelling at basketball and football in high school, he was only a three-star prospect. The only FBS school to offer him a scholarship was Purdue, where he eventually became and All-American.

He made NFL history in 2015 when he became the first defensive tackle to be named the Defensive Player of the Month twice in one season.

He has a daughter named Kamiyah.

He and Thomas Davis helmed a defense that helped the Panthers go 15-1 during the 2015 NFL regular season.

Kawann Short Is A Member Of