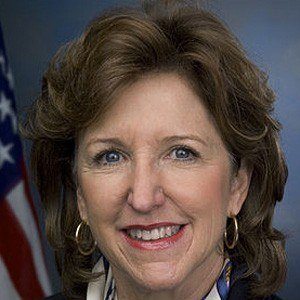 Politician and Democrat who became a US senator from North Carolina in 2009. She also served in the State Senate from 1999 to 2009.

She was a vice president at the North Carolina National Bank, which became Bank of America.

She got her first taste of politics helping the campaign of her uncle, Senator "Walkin" Lawton Chiles.

She married Chip Hagan in 1977 and they raised three daughters named Tilden, Jeannette and Carrie Hagan. Her father, Josie Ruthven, served in the navy and then took on a career as a tire salesman.

She ran for Senate against Elizabeth Dole in what turned out to be a nasty political campaign.

Kay Hagan Is A Member Of