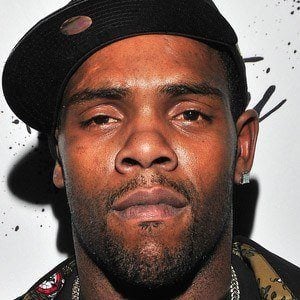 American rapper who is known for his scratchy rapping voice and for creating the term "hyphy" in 1994.

He formed the group Dual Committee when he was 15 years old with his collaborator Agerman, whom he met while studying theater in school.

He was featured on the MTV reality television show My Super Sweet 16.

He was born to his Southern family in Alabama and later moved to Oakland, California.

He was featured with DJ Shadow on the 2006 song 3 Freaks.

Keak Da Sneak Is A Member Of