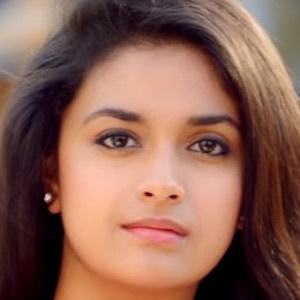 Indian actress known for her roles as both Geetha and Anjali in the 2013 movie Geethaanjali. She also played Karthika in Ring Master and has acted in Malayalam, Tamli, and Telugu. In 2017, she starred in the films Bairavaa and Nenu Local.

She started out as a child actress, appearing in three movies between 2000 and 2002 before taking more than a decade away from the screen.

She studied fashion design at the Pearl Academy, during which time she traveled to Scotland and England.

Her parents, Suresh and Menaka, are also veterans of the film industry. She has a sister named Revathy.

She starred alongside Ram Pothineni in Nenu Sailaja.

Keerthy Suresh Is A Member Of