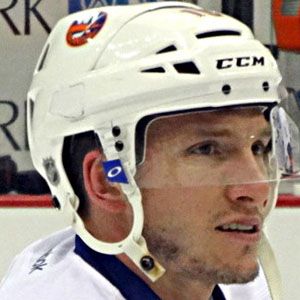 American center/wing who played for the St. Louis Blues, Carolina Hurricanes, and New York Islanders amongst other teams.

He played for Vermont's Norwich University before joining the UHL team, B.C. Icemen, in 2001.

He received the Les Cunningham Award, which recognized him as the MVP of his league, while signed with the Hershey Bears.

His brother, Phil, was also a professional ice hockey player.

He and Chris Bourque both played for the Washington Capitals and for the team's affiliate, the Hershey Bears.

Keith Aucoin Is A Member Of