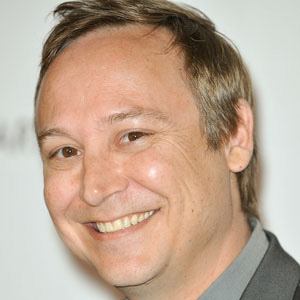 Jackie Coogan's grandson who appeared on TV since his early childhood, and then went into theater and radio.

He appeared in episodes of The Waltons, Fantasy Island, Knight Rider, and other series.

On stage he starred in productions of The Voice of the Prairie and other works at a Sacramento, California theater.

His grandfather Jackie Coogan played the role of Uncle Fester in The Addams Family. He married Kristen "Pinky" Shean on October 26th, 2013.

Citing Nora Ephron's Julie & Julia film as an inspiration, he started a project where he would learn a different monologue each day for 365 days, and post his renditions in online videos.

Keith Coogan Is A Member Of