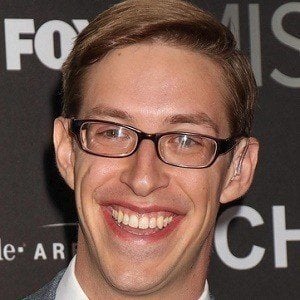 Comedian and former video producer at BuzzFeed in Los Angeles; he also does freelance producing and editing. He was a member of the BuzzFeed group The Try Guys.

He was educated at Illinois State University where he earned his Bachelor of Science in theater and acting.

He did a lot of improv comedy in Chicago before moving to Los Angeles in 2013 with his comedy group Octavarius.

He was born in Carthage, Tennessee. He married Becky Habersberger in 2017.

He produces videos for BuzzFeed, which have featured Eugene Lee Yang.

Keith Habersberger Is A Member Of