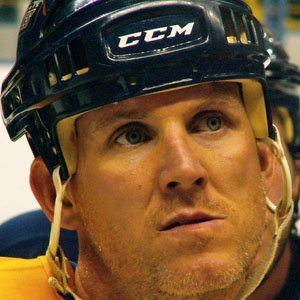 NHL left winger who became the first U.S.-born player to lead the league in goals. He was a 5-time All-Star best known for his days with the Winnipeg Jets, Phoenix Coyotes and St. Louis Blues.

He had 51 points in his rookie season, making it onto the NHL's All-Rookie Team.

He retired only the fourth American-born player to score 500 career goals.

He and Mike Modano were two of the few American-born players to top 500 career goals.

Keith Tkachuk Is A Member Of