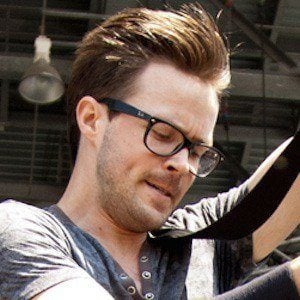 Musician and vocalist best known as a member of the alternative rock band Breaking Benjamin. He joined the band in mid 2014 when the band announced it's reformation after it's year long hiatus.

He first emerged in the Tennessee formed band Copper up until 2008. The band released three albums and supported bands like Thirty Seconds to Mars and Seether.

After leaving Copper, he performed with Adelitas Way, accompanying them on their albums and tours for almost four years.

A native of Beckley, West Virginia, he lived in a number of places from Knoxville, Tennessee to Los Angeles, California.

He is joined in Breaking Benjamin by Benjamin Burnley and Shaun Foist.

Keith Wallen Is A Member Of