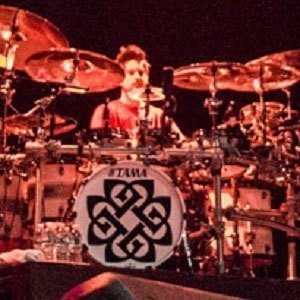 Notable for his work with the Pennsylvania-based rock band Breaking Benjamin and with the California group Picture Me Broken. He contributed to the former band's 2015 album Dark Before Dawn and to the latter group's Mannequins EP.

During his time at Madison High School in Ohio, he received the prestigious Louis Armstrong Jazz Award.

He was featured in Picture Me Broken's "Torture" music video.

He and Breaking Benjamin founder and frontman Benjamin Burnley were both part of the band's 2014 quintet lineup.

Shaun Foist Is A Member Of