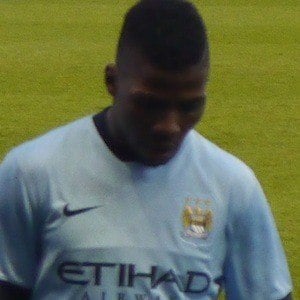 Nigerian soccer striker who is known for his time with the English Premier League club Manchester City. He has also gained renown for his successful youth career with the Nigerian youth national teams.

He played for the Taye Academy in Owerri, Imo, Nigeria. He had his breakout performance at the 2013 U-17 FIFA World Cup, where he won as a member of the Nigerian national team.

He made his professional debut with Manchester City on August 29, 2015, in a match against Watford. That same year, he was a featured member of the Nigerian team that competed at the U-20 FIFA World Cup.

He was born and raised in Imo, Nigeria.

He has played alongside Vincent Kompany, who has served as the team captain, for Manchester City.

Kelechi Iheanacho Is A Member Of