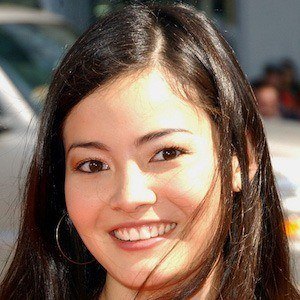 Notable for her roles in films such as Leonie, Simon Says, and Sky High, she is also recognized for appearing with Emma Roberts in the 2007 film version of Nancy Drew and for acting alongside Carly Schroeder in the 2006 movie Eye of the Dolphin.

She made her television debut in a 2002 episode of the popular Disney Channel series Lizzie McGuire.

After ending her acting career to earn a bachelor's degree from the University of California, Berkeley, she began her graduate studies in social sciences at Harvard University.

Born Kelly Chen Vitzthum, she grew up in Los Angeles, California, in a family of both German and Chinese heritage. Her sister, Julie, also pursued an acting career.

She and John De Lancie were both in the cast of the 2007 comedy movie Teenius.

Kelly Vitz Is A Member Of