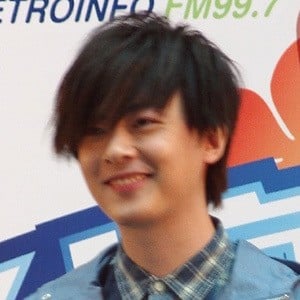 Cantopop singer who is known for his hit songs "Love. Gutless", "Taste of Love", and "All Around Us". He is also known for his work as an actor and has appeared in several films and series' including The Mobfathers in 2016 and Nightfall in 2012.

He gained attention after appearing in the 25th annual EEG Singing Competition. After working several jobs, he returned to music and released his first single "Love. Gutless" in July of 2007.

He was born and raised in British Hong Kong and shared a photo with his mother through Instagram in May of 2017.

He starred alongside Chapman To and Gregory Wong in the 2016 Hong Kong crime film The Mobfathers.

Ken Hung Is A Member Of