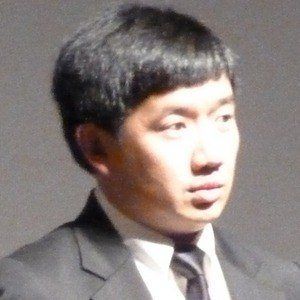 Actor who is best known for his role as Tsui Wai-Keung in the Internal Affairs trilogy. He has also starred in Initial D., Isabella and Vulgaria.

He began his acting career working in soap operas but transitioned to films in 2000.

He also dabbles in radio and was a DJ for the Commercial Radio 2. He has co-hosted the morning show On A Clear Day with Michelle Lo and Jan Lamb.

He was born Edward Cheuk-cheung Ng in Hong Kong. He married Kristal Tin in 2007.

He starred in the film Isabella with Isabella Leong.

Chapman To Is A Member Of