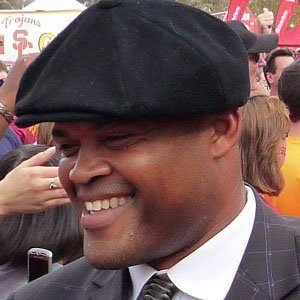 Retired NFL linebacker who won three Super Bowls as a member of the Dallas Cowboys and San Francisco 49ers. He later won Super Bowl XLVIII as a linebackers coach for the Seattle Seahawks.

He played college football at UCLA, where he was an All-Pac-10 selection in 1987.

Ken Norton Jr. Is A Member Of