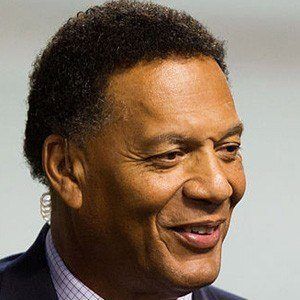 Three-time MLB All-Star who helped the Baltimore Orioles win the World Series in 1983.

He put together an outstanding baseball career at Hofstra University before being drafted into the MLB.

He won the prestigious Roberto Clemente Award in 1982 for his charitable work.

His cousin Doc Rivers played in the NBA and later became an NBA head coach.

He played with Hall of Fame pitcher Jim Palmer for many years with the Baltimore Orioles.

Ken Singleton Is A Member Of