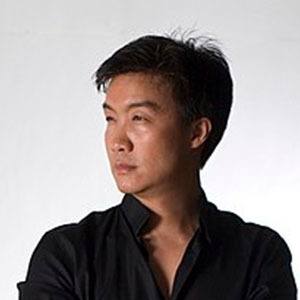 Filipino industrial designer who is best recognized for his furniture designs. He is also known for having created and designed set pieces for a wide range of Hollywood films and television shows including Oceans 13 and CSI: Miami. He shares photos of his unique designs through Instagram for his over 70,000 followers.

He started his career in design in 1987 when he studied Industrial Design at the Pratt Institute in New York. After taking time to study and perfect his craft in both Florence and Munich, he returned to Cebu where he managed Interior Crafts of the Islands.

He has won several awards for his design work including the Japan Good Design Awards and the Grand Prize at the Singapore International Design Competition.

His mother Betty Cobonpue was also the founder of a furniture design and manufacturing company.

He has created and designed furniture for a wide range of celebrities including Brad Pitt, Queen Rania of Jordan, and Angelina Jolie.

Kenneth Cobonpue Is A Member Of