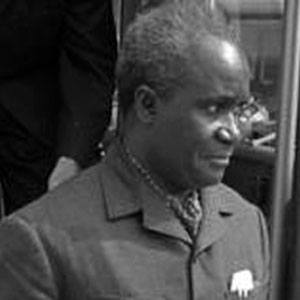 Member of the United National Independence Party who was the 1st President of Zambia from 1964 to 1991. He was a strong proponent of education policies and he oversaw the creation of many primary schools and universities in his country.

He was the Headmaster of the Lubwa Upper Primary School before beginning his political career.

He was also the 3rd Secretary General of the Non-Aligned Movement from 1970 to 1973.

He and his wife Betty Kaunda had 8 children.

Kenneth Kaunda Is A Member Of