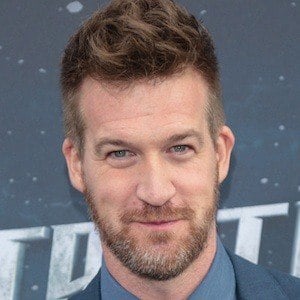 Famous for his role as Eric Green on the CBS drama series Jericho, Mitchell is also known for his recurring roles on Ghost Whisperer, Switched at Birth, Leap Years, and Odyssey 5.

Before beginning his acting career, he was a collegiate soccer player and a student in the University of Guelph's landscape architecture program. He became interested in the performing arts after being a camper and subsequently working as a counselor at Ontario's Kilcoo Camp.

He appeared in a series of Samsung Galaxy S4 advertisements.

He was born and raised in Toronto, Ontario. He and his American actress wife, Susan May Pratt, welcomed a daughter named Lilah in 2007.

He and Bridget Moynahan were both in the cast of the 2003 spy movie The Recruit.

Kenneth Mitchell Is A Member Of