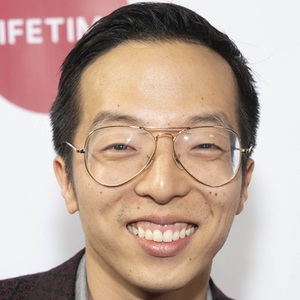 R&B singer known for his work as a member of the a cappella group The Backbeats, who came in third place on season 2 of the Sing-Off. He proceeded to perform with Ben Folds during the Lonely Avenue tour.

He attended the University of Southern California, where he was part of SoCal Vocals.

He released an album in 2009 called Something About Love. He had minor appearances in Fred 3: Camp Fred and Traffic School: The Musical.

He grew up in Irvine, California.

He's performed with the likes of Sheryl Crow and Sara Bareilles.

Kenton Chen Is A Member Of