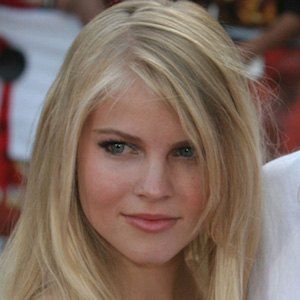 American actress best known for her appearances on television shows like One Tree Hill and The Thundermans as well as films like 2013's Dean Slater: Resident Advisor. She has also worked as a fashion model for designers like Sherri Hill and Alisha Hill.

She began modeling at age 3. She graduated from John T. Hoggard High School in Wilmington, North Carolina in 2006. She was a track star, ranking fourth in the state in the 100-meter hurdles.

She was named the face of the cosmetics line Wet n' Wild in August 2009.

She is the second of four siblings. She split with actor Chad Michael Murray following a seven-year engagement.

She co-starred with Tzi Ma in the 2013 horror film #1 Serial Killer.

Kenzie Dalton Is A Member Of