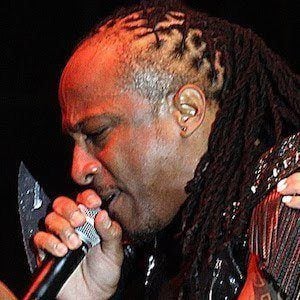 Calypso and Soca artist, as well as songwriter and producer, who found mainstream success with his hit single "Bacchanalist." He won the first International Groovy Soca Monarch title with the song "Too Real."

He participated in the first Junior Calypso Monarch competition while in primary school, and won the competition in its second year.

He was selected to represent Trinidad in a Calypso Youth Exchange programme and would eventually capture the UK Calypso Monarch title.

He was born in Port of Spain, Trinidad and Tobago.

He gained attention from other major soca artists such as Machel Montano, Bunji Garlin and others.

Kerwin Du Bois Is A Member Of