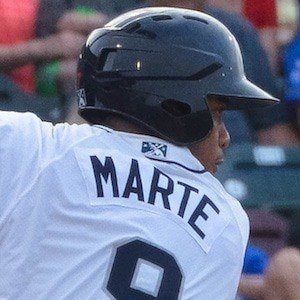 Professional shortstop who made his MLB debut with the Seattle Mariners during the 2015 season. In 2017, he joined the Arizona Diamondbacks.

He was signed by the Mariners as an international free agent in 2010, and he made his professional debut with the Dominican Summer League Mariners in 2011.

He spent time with the Double-A Jackson Generals and Triple-A Tacoma Rainiers.

He was born in Nizao, Peravia, Dominican Republic. His mother's name is Elpidia Valdez.

He became a teammate of star pitcher Felix Hernandez upon joining the Mariners.

Ketel Marte Is A Member Of