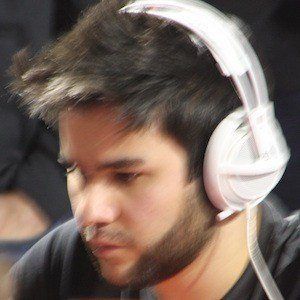 Professional Counter-Strike: Global Offensive player who is widely known by his kRYSTAL gamertag. He finished in 5th place overall at the 2015 World Championships as a member of Team Germany.

His first Counter-Strike: Global Offensive team was Team ALTERNATE, with whom he played for over a year. He began playing professionally in 2011.

He finished in 2nd place at the May 2016 ESEA Season 21: Premier Division - Europe Finals as a member of Team PENTA Sports. He had previously finished in 1st place at the Winter 2015 ESL Meisterschaft Major tournament.

He has played alongside Brandon Weber for PENTA Sports, who has been an alternate for the team.

Kevin Amend Is A Member Of