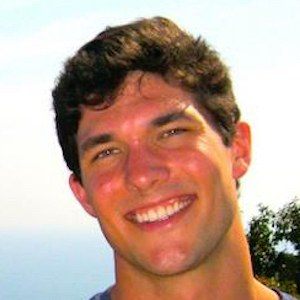 World traveler with a YouTube channel called Monkey Abroad whose videos consist of him eating Asian street food and cheap traveling. He is known for his Traveling for 20 Dollars a Day series and has earned more than 160,000 subscribers.

He graduated from university in 2011. He enrolled in a 3-week TESOL training course in Phuket, Thailand in 2013 so he could teach English there.

He migrated to China where he taught English at a college in Rizhao, Shandong, and began studying Chinese. While in China, he played in the American Football League of China championship game.

He has an older sister named Meg.

He and Kash Bhattacharya both share tips for traveling cheap online.

Kevin Cook Is A Member Of