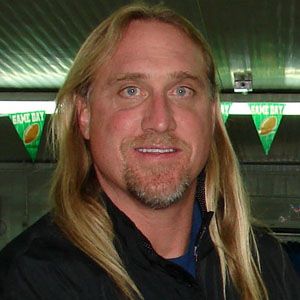 Former NFL outside linebacker who recorded 160 sacks and was named to five Pro Bowls during his career. He was inducted into the Pro Football Hall of Fame in 2016.

He was named 1984 Defensive Player of the Year after joining the Auburn University football team as a walk-on.

He became the outside linebackers coach for the Green Bay Packers in 2009.

He married Tar Greene and had two children with her named Gabrielle and Gavin. He passed away on December 21, 2020.

He and Hall of Fame wide receiver Jerry Rice were both named to the NFL 1990s All-Decade Team.

Kevin Greene Is A Member Of