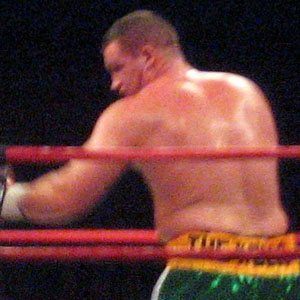 Irish Heavyweight best known for his career-defining defeat of on June 11, 2005.

He made his professional debut in December 1992 with a victory against Gary Charlton.

His nickname is The Clones Colossus.

He and his partner Danielle Curran have a son named Caoimhin, and a daughter named Grainne.

His defining moment came in a victory against Mike Tyson, who retired after the fight.

Kevin McBride Is A Member Of