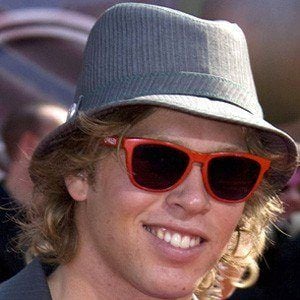 Snowboarder who won his third Winter X Games silver medal in the 2009 SuperPiper. He also won silvers in Slopestyle and Big Air.

He scored his first major victory at age 20 in The Arctic Challenge 2007.

He suffered a career-ending injury after falling on his head in a half-pipe in 2009.

He has three brothers, including Andrew and Adam, who are also competitive snowboarders.

He finished second to Shaun White in the 2009 Winter X Games Superpipe competition.

Kevin Pearce Is A Member Of