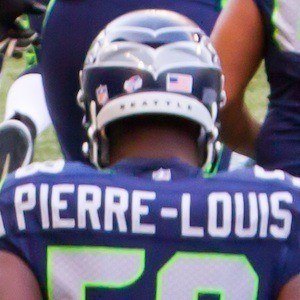 Linebacker who is famous for his career in the NFL. He debuted at linebacker for the Seattle Seahawks as a rookie in 2014, where he immediately contributed on special teams and at linebacker.

He was selected as the 2009-2010 Gatorade Player of the Year during his senior year of high school in Connecticut. He played college football for the Boston College Eagles, where he committed as the #10 outside linebacker of the high school class of 2010.

He was named first-team All-ACC during his 2013-2014 senior season at Boston College. In July 2017, he was traded to the Kansas City Chiefs.

His parents are both immigrants hailing from Haiti.

His work at linebacker and on special teams in the NFL has been praised by head coach Andy Reid.

Kevin Pierre-Louis Is A Member Of